The Ice Seal Committee (ISC), originally called the Ice Seal Working Group, was formed in December of 2004 and consisted of five delegates, one from each of the five regions where ice seals occur in Alaska.

The ISC has identified the collection of harvest information as a priority. Collecting and reporting harvest information demonstrates concern for the resource and is an important contribution to management that federal managers have not been able to accomplish. The ISC has collaborated with ADF&G to compile all available ice seal harvest information into one document. The ISC updates and approves the document on an annual basis. Here is the 2014 document. Please note on the “Use of Harvest Data” section on the first page: Extrapolation of this information is inappropriate until we understand more about harvest variability and community needs.

Ice seals (i.e. bearded, ringed, spotted, and ribbon seals) are important subsistence resources for many villages in western and northern Alaska. They provide important sources of food and raw materials. Although it is known that coastal communities rely on ice seals for nutritional and cultural needs, the harvest levels are generally not recorded and therefore the number of seals needed annually statewide is not documented.

The Ice Seal Committee (ISC) was established in 2003 during planning meetings with the Indigenous Peoples Council of Marine Mammals (IPCOMM) in response to community concerns about rapidly changing arctic environment conditions that directly affect ice seal habitat and hunter accessibility.

In December 2004, the By-Laws of the ISC were adopted. The ISC is composed of 10 voting members, two from each of the five Alaska Native regions that use ice seals for subsistence: Bristol Bay Native Association (Bristol Bay), Association of Village Council Presidents (Yukon-Kuskokwim Delta), Kawerak, Inc. (Bering Straits), Maniilaq Association (Northwest Arctic) and the North Slope Borough (Arctic Slope).

The core purpose of the ISC is to preserve and enhance the marine resources of ice seals including the habitat; to protect and enhance Alaska Native culture, traditions, and especially activities associated with subsistence uses of ice seals; and to undertake education and research related to ice seals. The core values of the ISC are: Traditional Knowledge, Sharing, Community, Nutrition, Culture, Respect for Nature, and Bridging Local Knowledge and Western Science.

In 2006, the ISC and the National Marine Fisheries Service (NMFS) entered into an agreement for the co-management of Alaska Ice Seal Populations. The purposes of this agreement are to:

On January 20, 2012, the ISC adopted the Ice Seal Management Plan. The goals of the management plan are to: maintain healthy ice seal populations in Alaska waters; provide for adequate subsistence harvest of ice seals; and protect hunting privileges for Alaska Native subsistence hunters. The principles by which the members of the ISC will manage ice seals include components for conservation, harvest, use, reporting and monitoring, public involvement, research, and enforcement.

The North Slope Borough Department of Wildlife Management (NSB-DWM) has provided the basic administrative support for the ISC since 2009, which includes general administration to implement the co-management agreement.

The structure of the ISC is made up of representatives from five different regions that span the coast of Alaska starting at Bristol Bay then northward to the Canadian border (regions with polar sea ice).

Representatives and their regions are as follows: 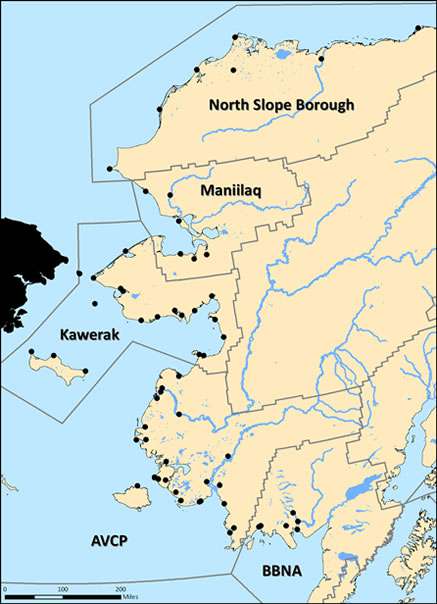