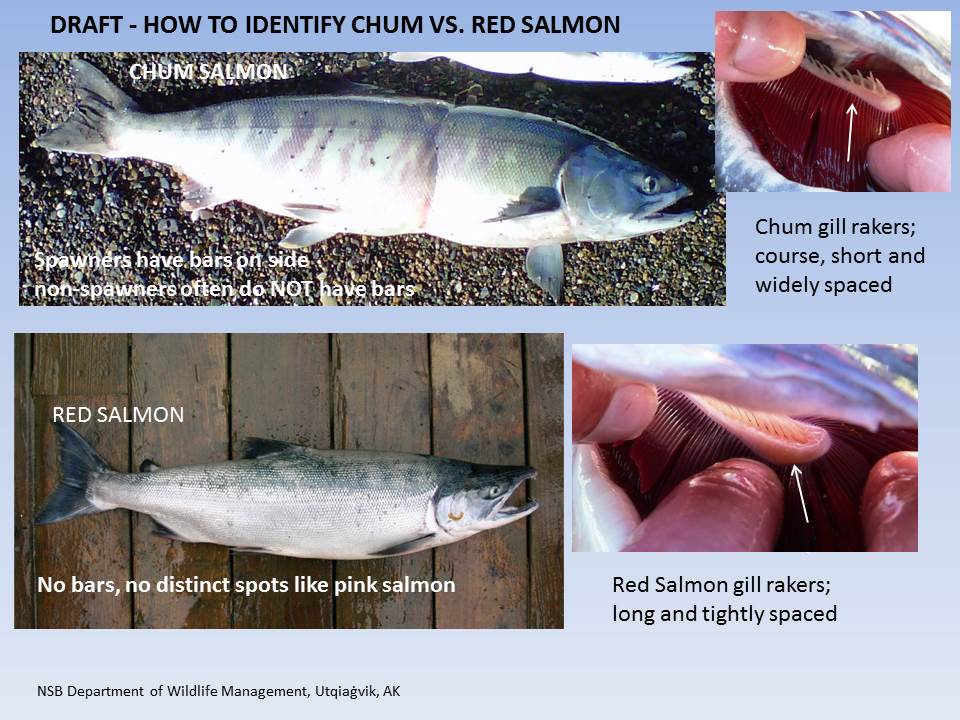 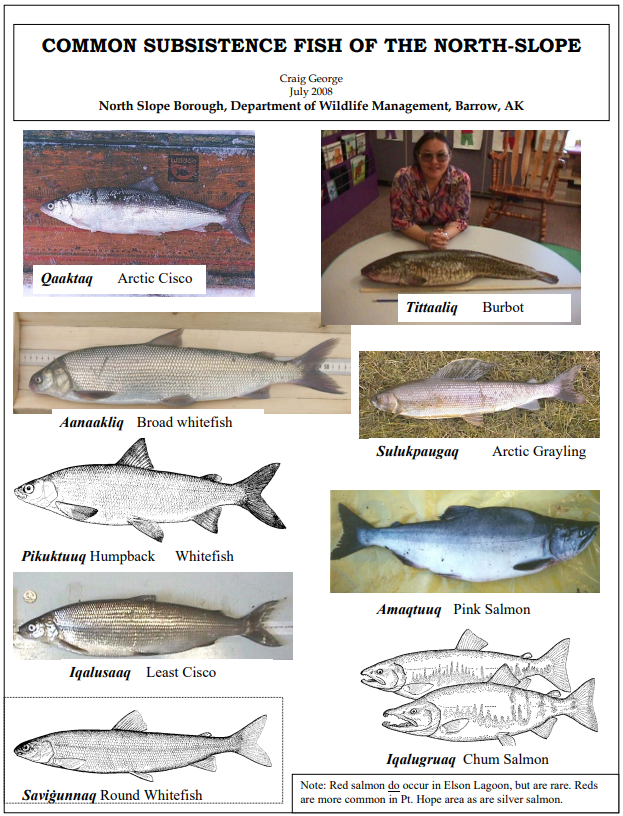 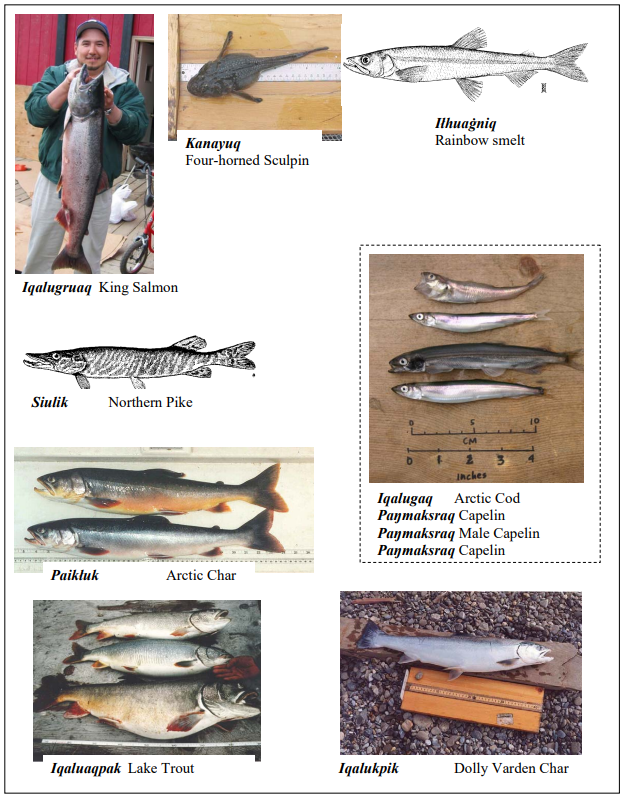 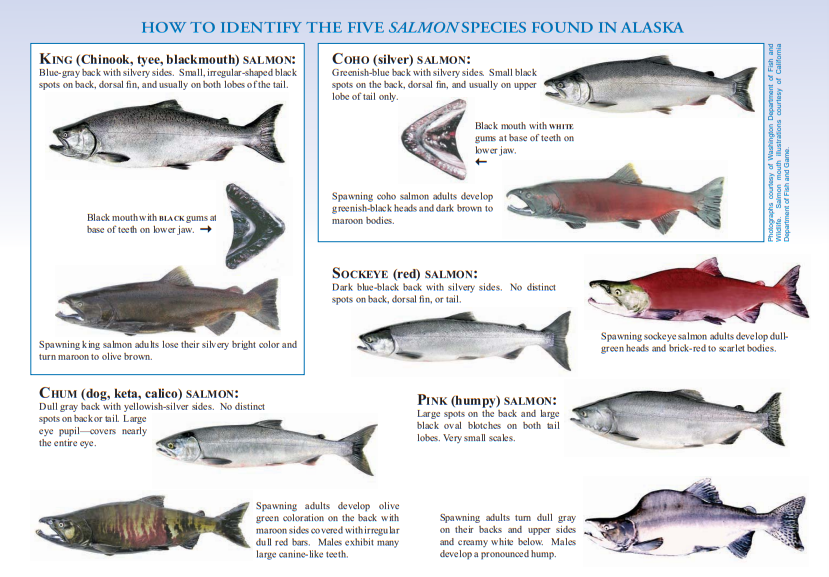 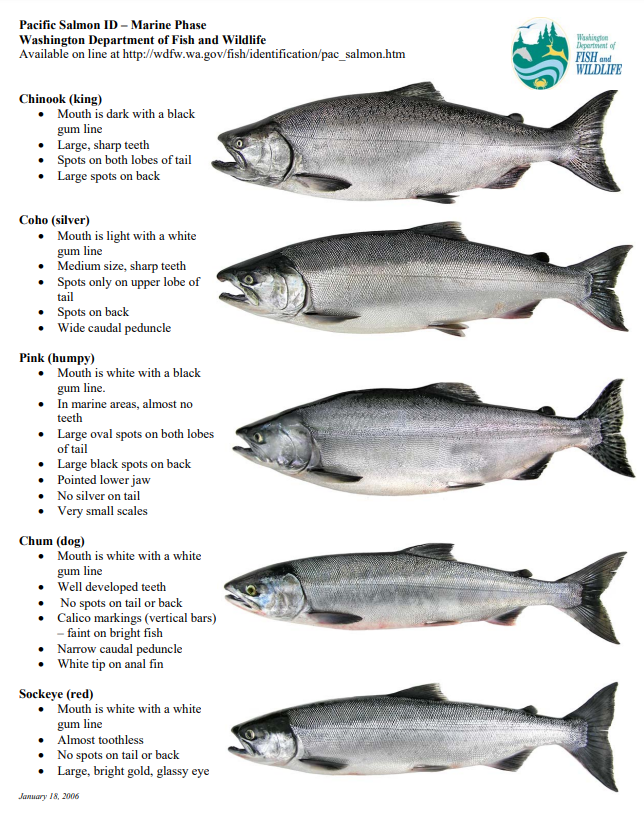 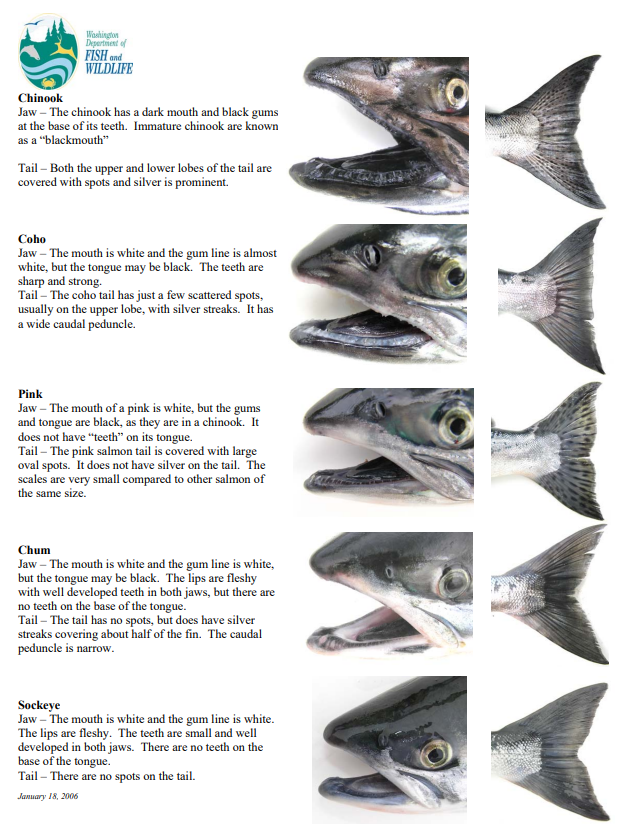 The following chart may help in salmon identification. 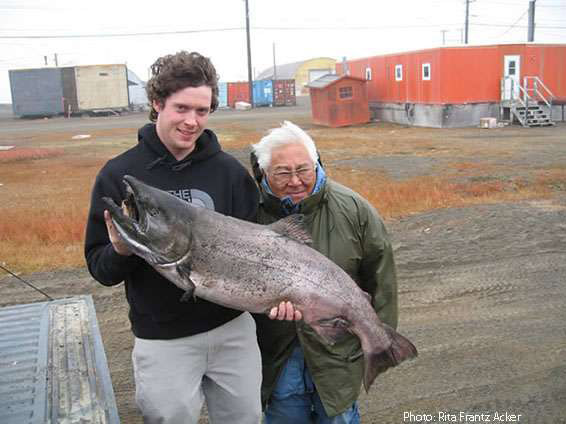 Joshua Bacon holding a King Salmon (Iqalugruaq) caught by James ‘Matu’ Matumeak in a net at Piqniq in 2006. The fish weighed in at 37 lbs and was 44 inches long. Photo: Rita Frantz Acker

A 229-cm long Pacific sleeper shark was found on the beach near Point Hope in 1998. This sighting was the first documented record of a shark in the Chukchi Sea and the first report of a shark other than a Greenland shark above the Arctic Circle. Read more about this finding in the following article.

Found on the beach, southwest of Barrow about six miles, by Charles Maasak Brower on November 14, 2009. The fish is a Northern Wolffish (Anarhichas denticulatus) and this is the first record of this species in Alaska. Andres Lopez, Curator of Fishes at the University of Alaska Museum in Fairbanks, confirmed the specimen and states that their “range is centered around the northern Atlantic. The Barrow specimen is one of the very few that show up along the Arctic coast of North America.” 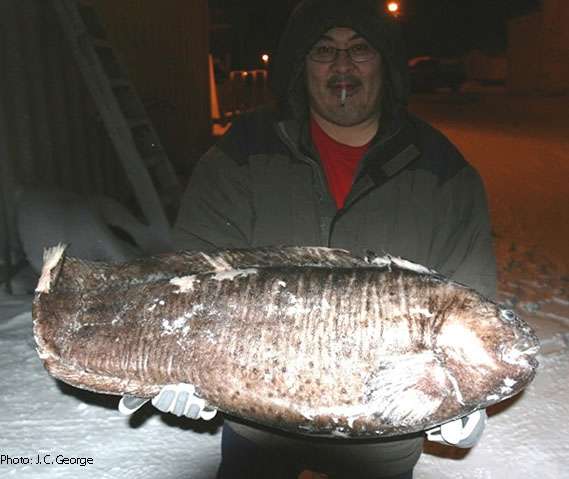 How to Set Nets for Under-Ice Fishing 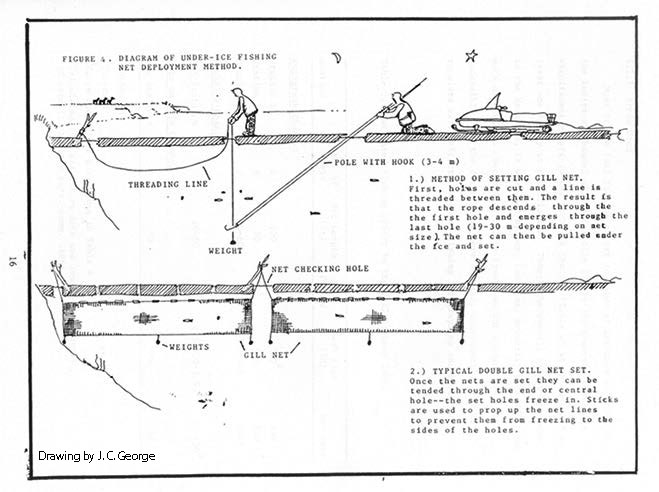