Here is an MP3 file of bearded seal sounds. The bearded seal call is an eerie sound that starts out high and sort of “circles” down to a lower pitch. Here is an MP3 file of ringed seal sounds. These sounds were recorded with hydrophones placed in the open lead on the sea ice near Barrow by NSB-DWM biologists. The recordings were analyzed and clips were produced under the direction of Christopher W. Clark at the Bioacoustics Research Program, Cornell Laboratory of Ornithology.

For more ice seal sounds go to Sounds of the Arctic. This poster with sound files was put together by Catherine Berchok (National Marine Fisheries Service, NOAA) and Kate Stafford (University of Washington, Applied Physics Lab) with support from BOEMRE (Bureau of Ocean Energy Management, Regulation, and Enforcement) and the NSB. 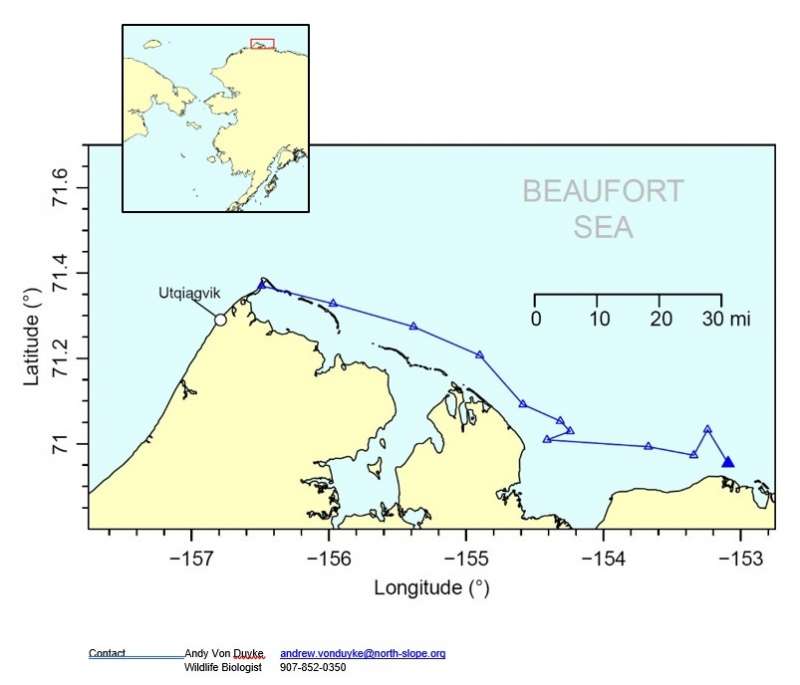 Other Studies on Ice Seals in Alaska 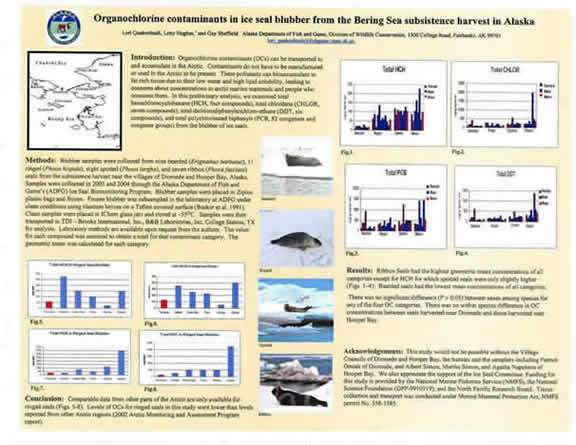 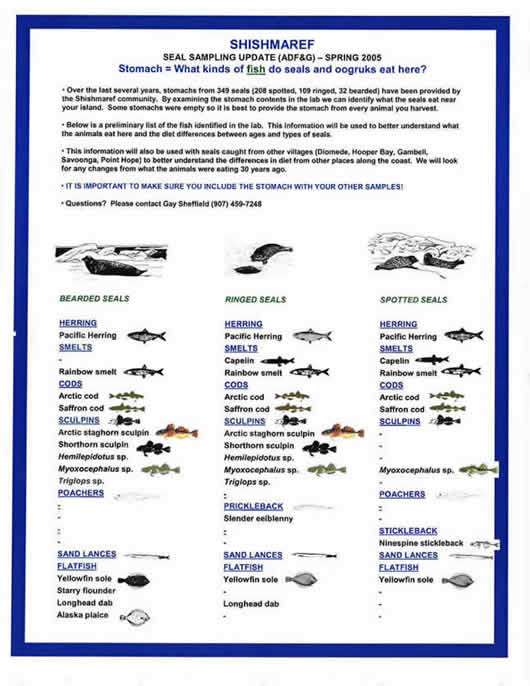 NOTE: The ESA listing does not affect hunters’ ability to take ice seals on the North Slope. No regulations are projected for the near future but the NSB and the Ice Seal Committee will work together to limit any possible regulatory actions that may be taken in the future. 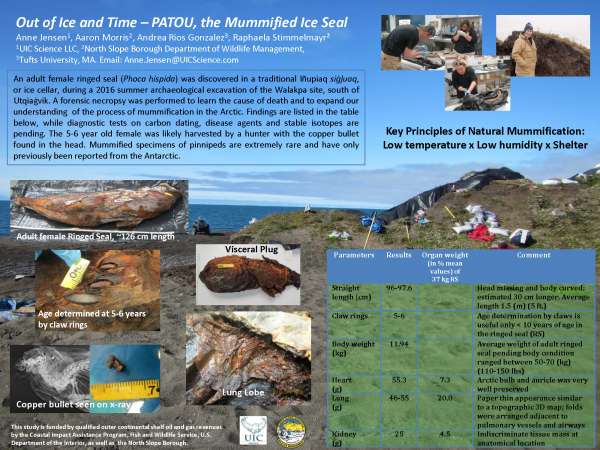