Click on the poster above for an Adobe Interactive copy. Or, click below for the following sounds that accompany this poster: 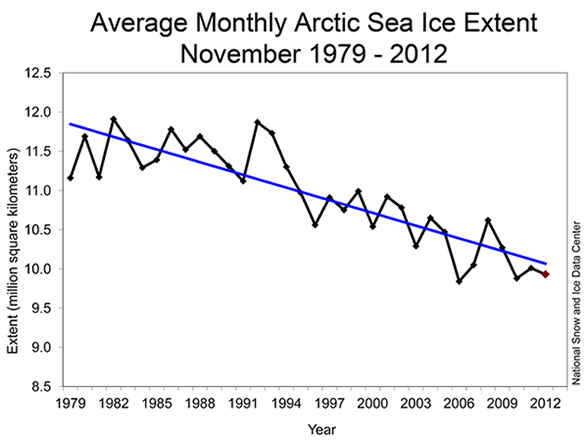 Average Arctic Sea Ice Extent for the month of November from 1979 to 2012. This graph shows a decline of about 4.8% per decade. (NSDIC)

Us Coast Guard in the Arctic 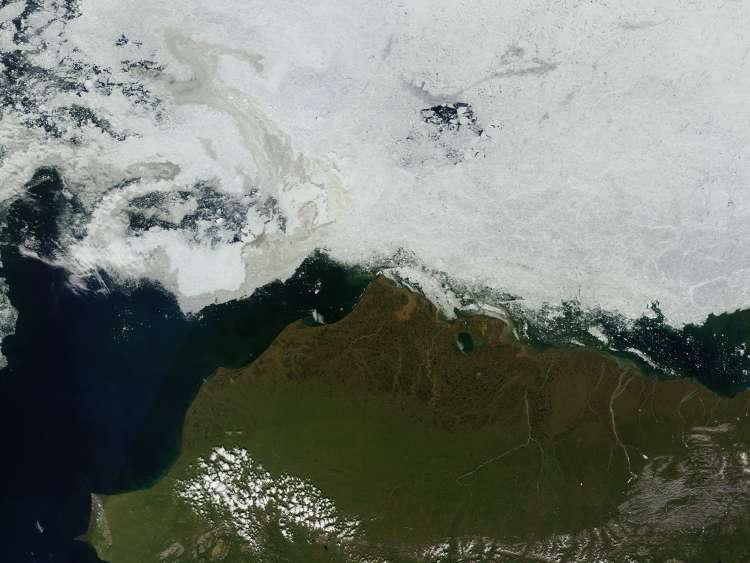 MODIS map of the North Slope on 13 July 2013. (Image obtained from the MODIS website)